The Morningstar household has suffered the loss of yet another furry companion, our Guinea Pig, Ginger, died suddenly in Noel's arms the other night. He was a sweet little guy with (believe it or not) a real personality. His gentle and quiet nature was sharply contrasted next to his brother Stinker's in-your-face Guinea Pig style. Stinker is alone now, but adjusted very quickly. Once Ginger passed away, Stinker came up to him, snuffled him, tried to wake him by pulling at his foot, did a weird little dance on him and that was it. His mourning was over. It was hard not to laugh, for the sheer strangeness of the rites of Guinea Pigs, but the sadness of watching that poor little bugger suffer and die so quickly overshadowed any silliness, at least for a little while. What was wrong with him? I have no clue. One minute he was eating his favorite, cucumber, the next day we noticed he had no energy, no drive, no squeak. His eyes were crusty and his nose was snotty. He was cold to the touch and didn't want any food. Within an hour and a half of noticing this he was gone. I gave him aconite 30c when I noticed he was sick, and then some Hepar Sulph, but I could tell it was too late. I gave him to Noel who warmed him by holding his little body close to his own chest. Ginger nuzzled in. Then he made a strange "eeee!!!!" sound and flopped over onto his side in a strangely dramatic fashion. He did that a few more times, in between gasping a bit, and then nothing. His little soul melted into the One, or was enfolded in the wings of the Goddess, or went to Guinea Pig Heaven (whatever you believe happens when you die, it matters not in the big picture).

This death came suddenly and it reminded me that Death has no rhyme or reason in its timing. It also reminded me of the animals that I've shared my life with and lost in the past few years. I have always been an animal lover but never fully expressed that during my life until the past few years. Just in the past year alone we lost our sweet DaphneCat and then Penelope, neither of whom were properly eulogized. So, since lists seem to soothe me, I thought I'd make up an indulgent little list of the sweet furry friends that I've said goodbye to in the past few years. I've had so many animals in my life, I hope this doesn't make me look like the Black Widow of the Domesticated Animal Kingdom!

1. 2009-November 2013: Ginger the Guinea Pig. Inherited (as most Guinea Pigs are, I swear the same 10 Guinea Pigs just circulate the earth being given away from home to home!) Loved for his gentle nature and propensity for squeaking as soon as he heard the fridge door open. Taken by something that seemed like an aggressive upper respiratory infection. 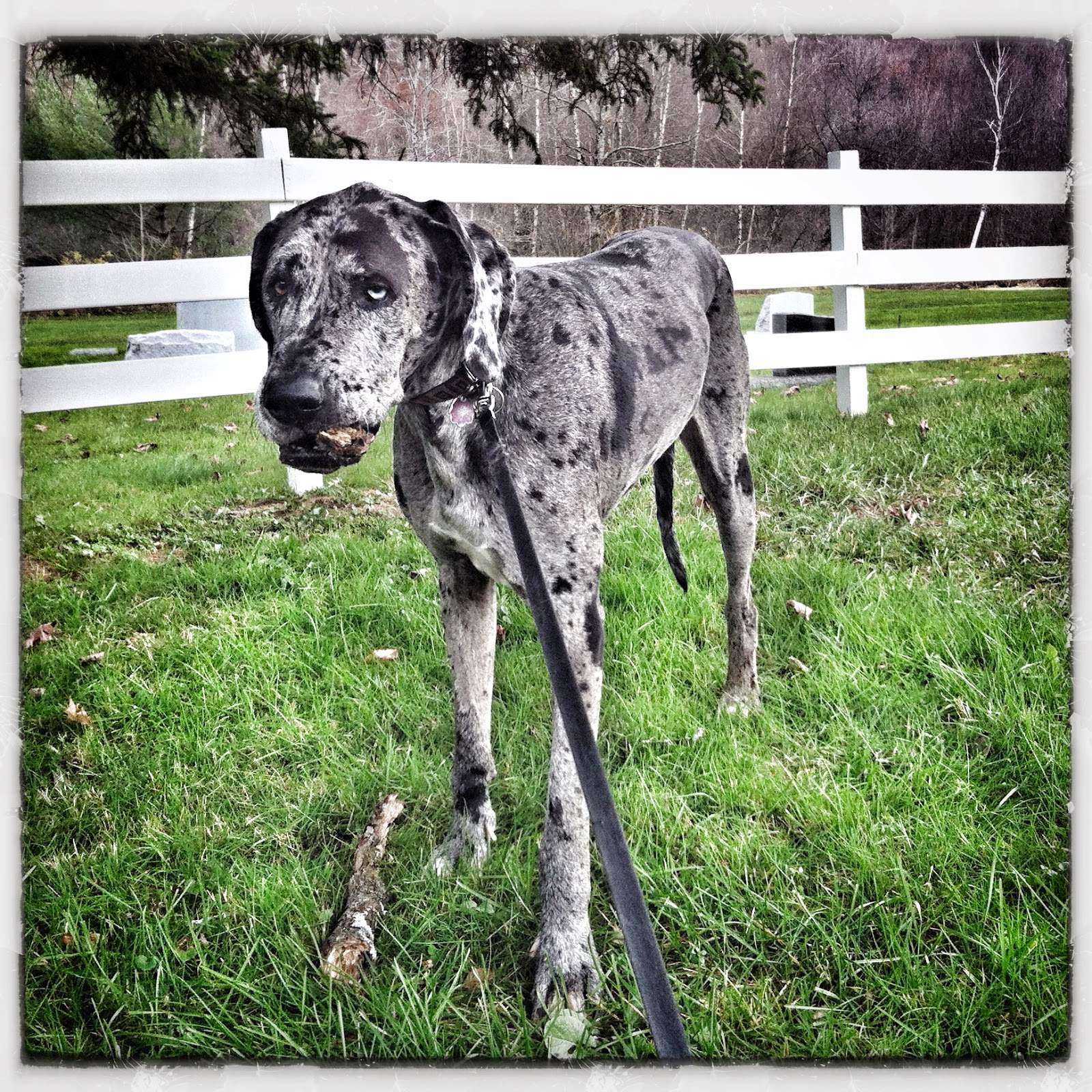 2. July 2008-February 2013: Penelope the Great Dane. Purchased from a back-woods breeder in Chaffee, NY right before the end of my previous marriage. Loved for her goofy ways, her sweet and gentle disposition and her preference to sit on your lap despite her 115 pounds. Loved to stalk the cats. Loved to find her Fish. I took great joy in teaching Penny to swim the summer before she died. Taken by Osteosarcoma. She thoroughly enjoyed her life right up until the moment that she left us. She died peacefully with my words "Carry only love" being sung to her. 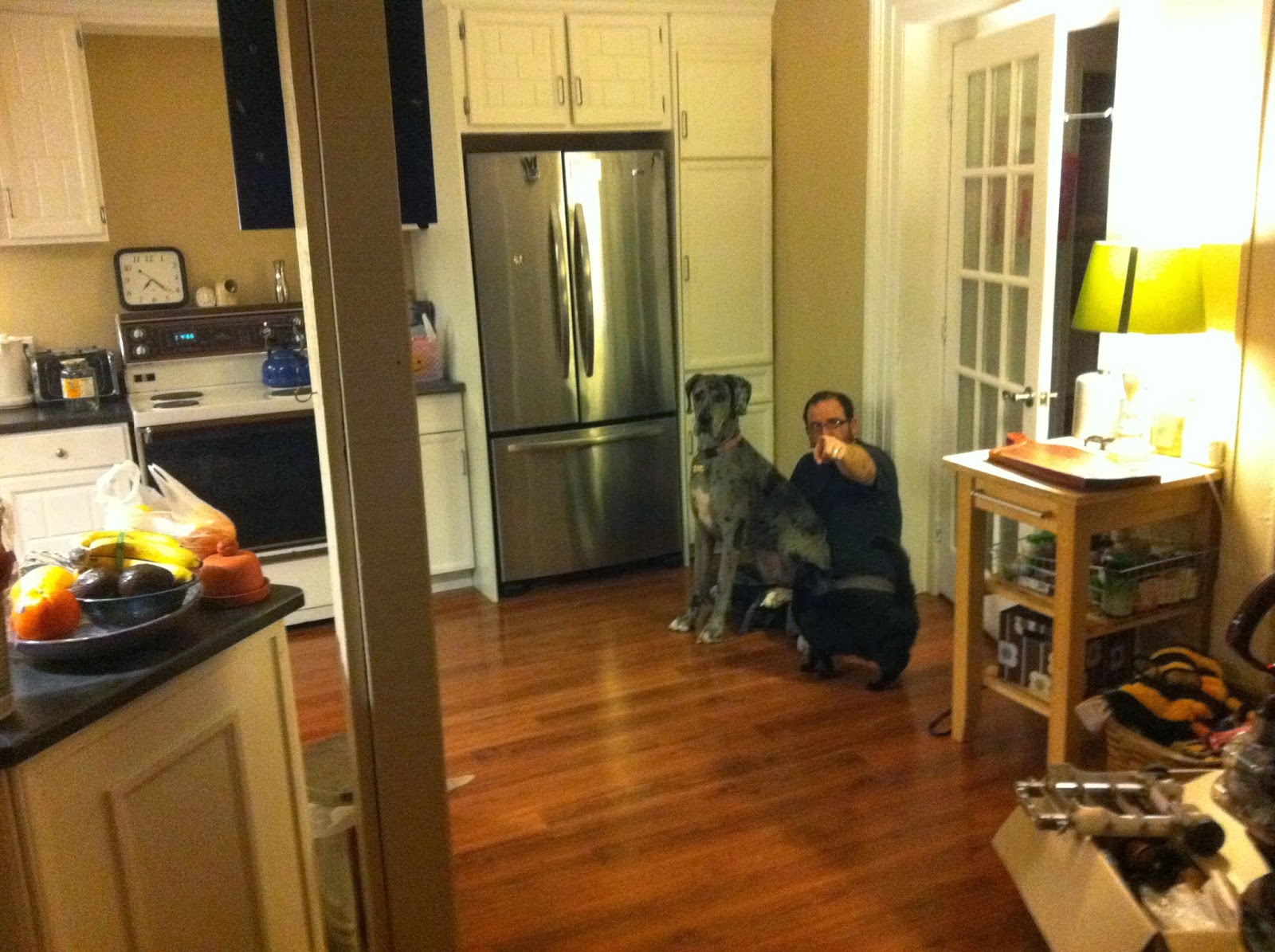 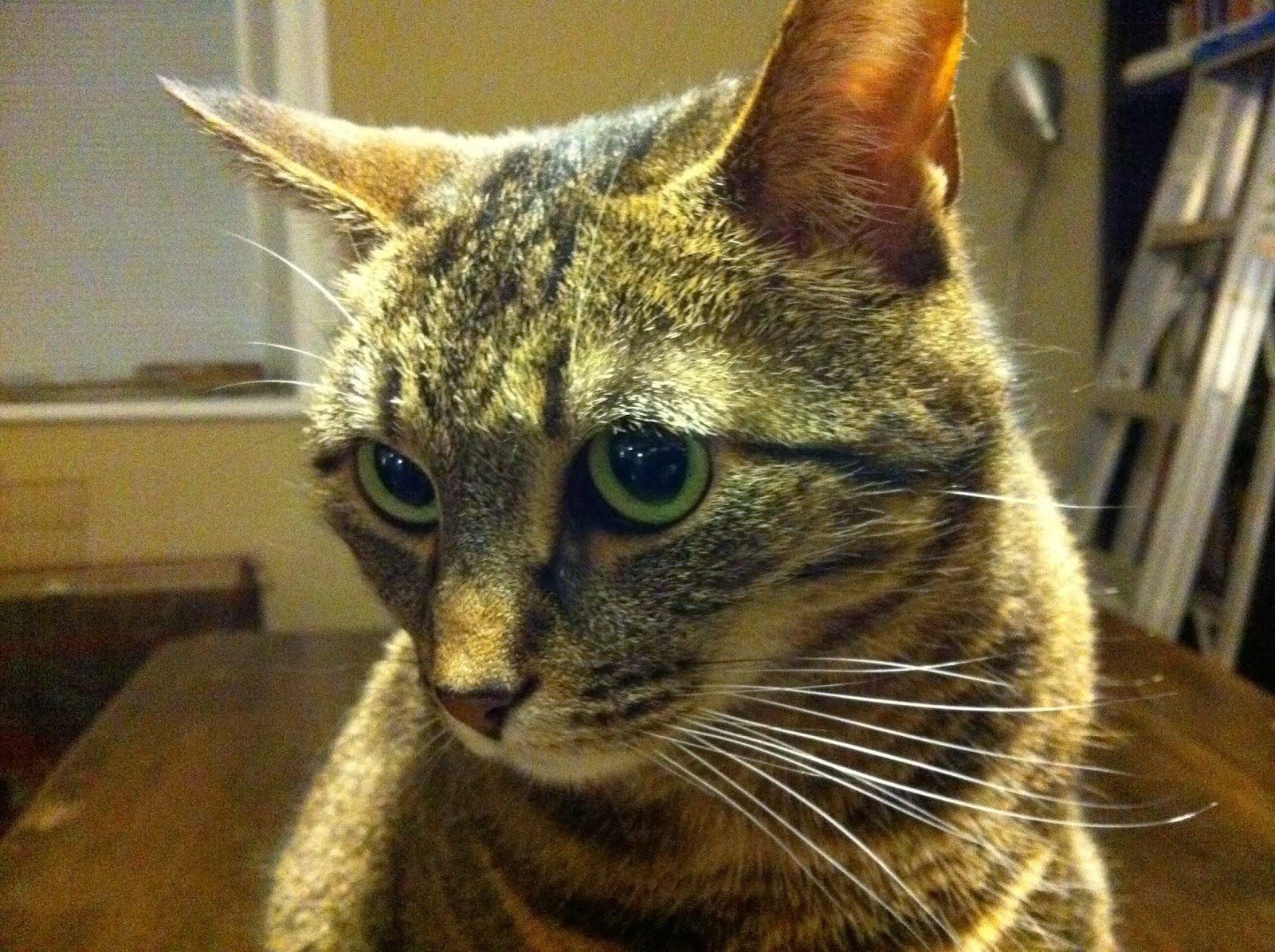 3. 2005-September 2012: DaphneCat (aka Tikey Bee). Found in a tree in the middle of a thick wood when she was just a teensy baby. John, my ex, stood on all fours so that I could climb on top of his back to rescue her from the tree limb she was perilously perched on. She cried and cried (howled, really) even as she gulped down her food that first day. Well known for her adeptness at tricks, Tikey enjoyed sitting up, giving her paw, laying down and high-fiving for treats. She was taken too soon by a car on Route 100 in Hancock, VT. I found her on the side of the road as I was driving to work. She's now buried behind our first VT home, the Gathering Inn, next to some lovely comfrey.

4. ?- 2011: SanJambs the Ball Python. SanJambs also came to us as an inherited pet. He was the most gentle and sweet snake I've met (aside from our Maizie Snake). He loved to sit wrapped around my shoulders while I did dishes and slither up to the water. He loved to swim. He loved to lay along the length of me while I laid on the couch. SanJay burrowed himself down under his substrate and suffered burns to his abdomen from the heating pad. Note to anyone who uses heating pads- don't use heating pads! He just wouldn't eat after that and after many days in the care of the Herpetologist he came home. He died in my arms.

5. ?- 2011: Butterwood Bakery Parking Lot Cat (aka: Butter). We found Butter in the parking lot of, as his name suggests, Butterwood Bakery in West Falls, NY. He was a stray (confirmed by the bakery) and was the most easy-going cat I've ever met. He just sat there in the car, no need for a carrier. He immediately adjusted into our home like he had always lived there and was probably the most affectionate cat I've had the pleasure to share space with. Noel found him dead on the floor of our living room after work one day. We have no idea what happened. He is sorely missed, especially when eating pancakes or corn on the cob.

6. ?- 2010: Mellow the Cat. Inherited from my sister Meghan, Mellow was a sweet little thing that we only had for a few months. She grew on us and loved to play in the bathroom while we sat on the toilet. (We all have our thing, don't we?) She was diagnosed with Fatty Liver disease and died shortly after.

7. 1998-2006: Sophie, the Greatest Dane of them all. John, my ex, gave Sophie to me as a Christmas gift the first year we were married. Loved for her astute emotions and fierce loyalty. Sophie was my first real pet as an adult. She had 8 wonderful years and died at the end of a long battle with Cardiomyopathy. I laid with her the night before she died- right on the floor next to her. I dreamt that we were in an airport together that night, and that she got on the plane without me. She's buried at John's house, in her favorite place, The Plateau.

Wow. That's a ton of pets. I've been questioned as to why I share my life with so many animals. I can't really tell you why aside from the fact that each one of their spirits spoke to mine and I opened my heart and home to them. There's something about connecting with an animal that transcends the trappings of human emotions. There's no pettiness, no jealously, and believe it or not, no problems with communication. They say what they mean. They don't need words to say anything. I don't know if I need to do some work on that myself or if I'm surrounding myself with pets to make up for lost time or if I just like having an illegitimate petting zoo in my home, all I can tell you is that I wouldn't have it any other way. I'm by no means the Angelina Jolie of domesticated animals, especially because we've decided not to replace any of our pets as they leave us. I'm enjoying the company of the remaining Fur Family: Desmond, Loki and Ruby (our cats), Emmadog, Stinker (the remaining Guinea Pig) and MaizieSnake. They will all have their own eulogies, but for now, I'm celebrating their lives.
Posted by Unknown at 7:13 PM